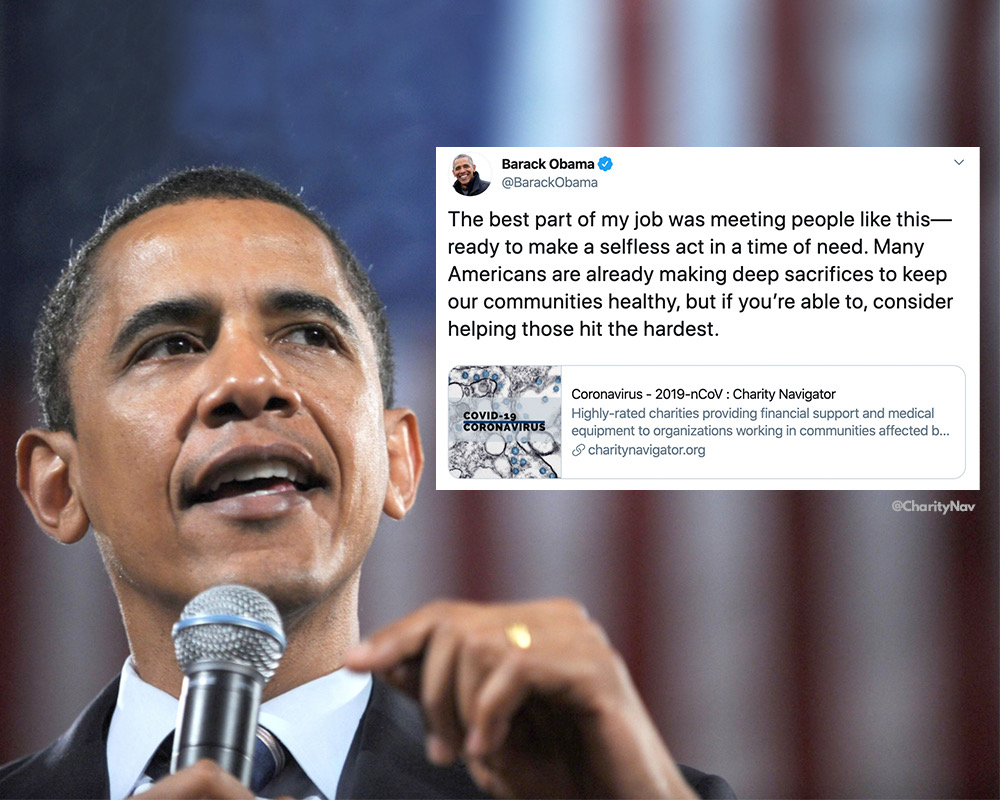 Obama tweeted, “The best part of my job was meeting people like this— ready to make a selfless act in a time of need. Many Americans are already making deep sacrifices to keep our communities healthy, but if you’re able to, consider helping those hit the hardest.”

Charity Navigator’s Chief Relationship Officer, Kevin Scally, shares that there was a 500% increase in dollars donated through Charity Navigator’s Giving Basket. "Thanks to awareness raised by Former President Barack Obama and other philanthropic leaders, we saw a 500% increase in the dollars donated to a wide spectrum of nonprofits in a year over year comparison of March 19 giving. This is a heartwarming indicator that, even in trying times, Americans band together to help those who help others."

Charity Navigator is the world’s largest and most-utilized independent charity evaluator. The organization guides informed giving by evaluating the financial health, accountability, and transparency of charities and by providing data for about 1.7 million nonprofits, accessed more than 10 million times annually. Charity Navigator does not charge the organizations it evaluates, ensuring unbiased evaluations, nor does it charge the public for this trusted data. As a result, Charity Navigator, a 501(c)(3) public charity itself, depends on support from individuals, corporations, and foundations that believe it provides a much-needed service to America's charitable givers.