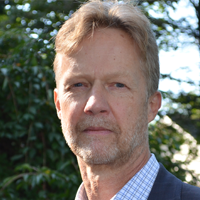 Michael leads Charity Navigator in its efforts to make impactful philanthropy easier for all and providing donors and the charities they love with tools, ratings and information needed for informed decisions and investments. Prior to joining Charity Navigator Michael spent more than fifteen years with Microsoft, the last ten of which, as their Public-Sector Chief Technology Officer responsible for technology policy initiatives and engagements with governments and academic leaders in Asia, the Middle-East and Africa.

Michael's eclectic background includes years at sea conducting oceanographic research with Woods Hole Oceanographic Institution, composing music and dancing internationally as the co-founder and co-director of Dance Music Light. He has held various board positions within the nonprofit and tech sector, holds several patents in enterprise systems management, and has a degree in Music from Columbia University in New York.