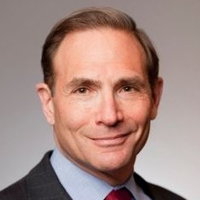 For more than 30 years, Jerry Webman worked in financial services -- as a researcher, a financial advisor for state and local governments and a portfolio manager. Most recently he served as OppenheimerFunds' Chief Economist and was previously Director of Fixed Income Investments. Before moving to Wall Street, he was an assistant professor of politics and public affairs at Princeton University.

Webman chairs the board of trustees of NJLEEP, a Newark NJ-based college access and success organization, serves as a trustee and investment committee member of the Community Service Society of New York, and chairs the Investment Committee of Charity Navigator.

Webman is the author of Reviving the Industrial City and MoneyShift: How to Prosper from What You Can't Control, and has been frequently quoted discussing his views on the economy and markets in leading media outlets including The Wall Street Journal, The New York Times, Bloomberg, and CNBC. Webman holds a B.A. in Political Science, with honors, from the University of Chicago, where he graduated Phi Beta Kappa, and a Ph.D. in Political Science from Yale University. Additionally, he is a CFA charter holder.