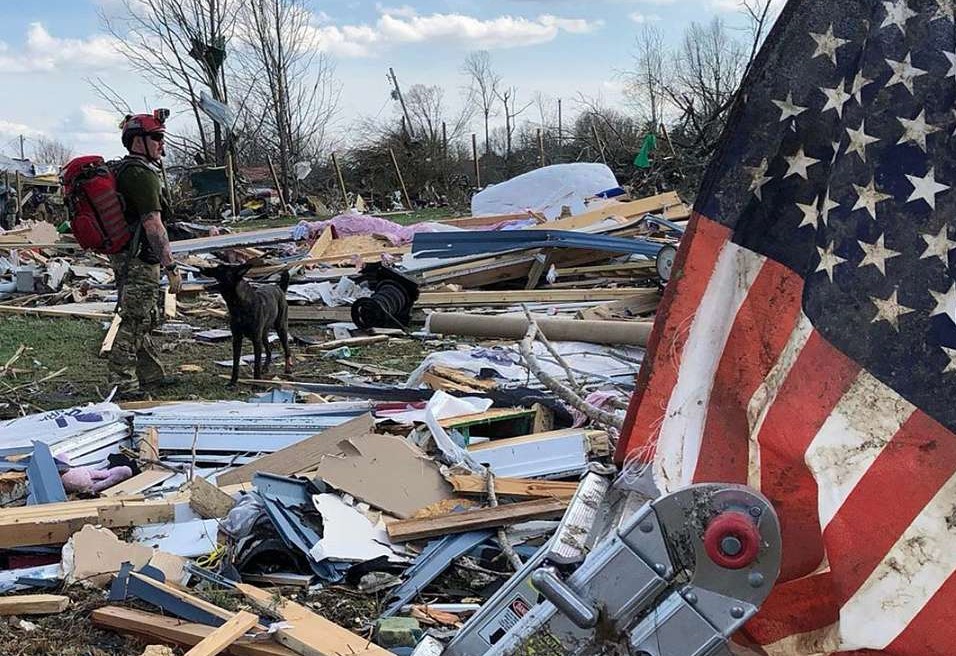 A historic outbreak of tornadoes and severe storms killed almost 100 people and caused catastrophic damage across six states in the late hours of Friday, December 10, into the early morning hours of Saturday, December 11, 2021.  Four states – Arkansas, Kentucky, Missouri, and Tennessee – were devastated, with Graves County in Kentucky the hardest hit.
Kentucky Governor Andrew Brashear reported multiple tornadoes barrelled through the state with one touching down and travelling for over 200 miles. The greatest concern continues for Mayfield, a city with a population over 10,000 which was almost totally destroyed. Over 100 employees were present in a candle manufacturing factory at the time of the twister.
Presented on this page are highly rated nonprofits addressing relief and recovery efforts. These 3- and 4-Star rated charities have earned their ratings by being financially efficient and transparent in their operations. Please click on their names to learn more about their mission, programs, and services.
Share