For Charity Representatives
Welcome,   |   My Charities   |   My Account   |   Sign out Sign in or Register  |  0 Giving Basket
0
|  Advanced   |  A-Z Star-Rated Directory    |  4-Star Charities
There was a problem enabling Giving Basket donations for this page. If you're looking to donate you can try refreshing the page.
If the problem perisists you can contact us or email: helpandsupport@charitynavigator.org.
You can include the Cart ID: Not assigned
Help Center
Holiday Giving Guide
Giving is Good. Smart Giving is Great!

The year-end holidays are a time of reflection that inspire many people to reach out to those who are in need. To qualify for a tax deduction in the current calendar year, donors also must make their yearly giving decisions by December 31st. As a result, a tremendous amount of charitable giving occurs between #GivingTuesday, which is the Tuesday after Thanksgiving, and the end of the year.

If you choose to participate in the year-end charitable giving season, then we encourage you to take the time to ensure that your donations are doing the most good for the causes you care about. To assist you in conducting your due diligence, we’ve created this Holiday Giving Guide. In it you will find a set of five questions that donors should ask themselves before giving, a special top/bottom charity list and a set of interesting facts about charitable giving.

We wish you nothing but the best in all of your charitable endeavors this holiday season. Happy Holidays from Charity Navigator!

As you consider which charities to support this year, remember there are close to two million of them. That means you don’t have to settle for an organization that isn’t a perfect match for your beliefs and goals. No matter what cause you want to support – whether it is providing humanitarian aid to disaster victims, helping our returning troops find work, or finding a cure for a particular disease – there’s a charity out there that matches your intentions. Take the time to find it and confirm (not just assume) it offers the programs and services that match your charitable interests.

Is the charity fiscally responsible,
ethical and effective?

Before you give to any charity this holiday season:

Do you trust it enough to give
without strings attached?

Donors sometimes like to designate their contributions for specific projects and purposes. While this may be ideal for disaster giving, don’t be the roadblock in your favorite charity’s quest to do good work. Take the time to research your charity so that you can trust them. Then give an unrestricted gift so the charity has the flexibility to respond to changing demands for its services and to spend the money where it is most needed to continue their day-to-day good work.

Does the charity have strong leadership?

Good charities usually have formidable leaders, more so even than in the private sector. Look for a charity with a dynamic, proven leader. Organizations with high turnover usually struggle, and the inability to retain quality leadership is often a red flag for instability.

Before you give, examine the charity?s finances. Financially healthy organizations have greater flexibility and freedom to pursue their charitable mission.

Send a care package to our troops.

Kwanzaa celebrates the seven principles of thought and practice in constant exchange in the world. The name Kwanzaa comes from Swahili's 'matunda ya kwanza,' which means 'first fruits of the harvest.'

Check that a charity is accountable & transparent. Charities that are an open book & follow good governance practices are more likely to behave ethically.

Donate a useful noncash item to a local charity of your choice.

Concentrate your giving. Spreading your money among multiple organizations diminishes the possibility of any of those groups bringing about substantive change as each charity must allocate a part of your gift to processing expenses.

Give canned and boxed goods to a local foodbank.

Last year, total online giving accounted for 7.2% of all giving.

Find a charity whose mission serves your passion. The fact that there?s over 1 million charities means you don?t have to settle for an organization that isn?t a perfect match for your beliefs and goals.

During Hanukkah, it is traditional to give children gelt, or chocolate coins, as presents along with real money. Children are then encouraged to give ap ortion of their money to charity.

62.8 million Americans volunteered in 2015 for a total of 7.9 billion hours. That service is worth an estimated value of $184 billion.

Be inspired by social media, but still do your homework. Social networking tools like Twitter, Facebook, YouTube, and blogs can deliver heart-wrenching images and information about a need to your computer and phone. While these applications can be a powerful tool to inspire you to help, don?t blindly give via these platforms. Take the time to investigate the groups to ensure you?re supporting a healthy nonprofit.

58% of people share information about charities on social networking because they feel it makes an impact.

If you're looking to deduct your donation in 2017, do it as soon as you can. Putting the check in the mail to the charity consistutes payment on that day. A contribution made on a credit card is deductible in the year it is charged to your credit card, even if payment to the credit card company is made in a later year.

Spread the word about your favorite charity on social media.

If you're thinking of donating a large item, like a car, consider selling it and donating the proceeds instead. This takes the burden of selling the item off of the charity and allows them to get right to work with the funds you've provided.

Donate to a 4-star charity.

Volunteers are almost twice as likely to donate to charity than non-volunteers.

Want to make a bigger difference on a budget? Consider signing up to make a monthly donation to your favorite charity. Smaller, automatic payments can be easier on your budget than one large gift at year-end ? and nonprofits appreciate knowing they can count on you for ongiong support.

Pay it forward. Buy the coffee or meal for the person behind you in line.

60% of donations processed via Charity Navigator's Giving Basket go to 4 and 3-star charities.

Intelligent donors support their favorite charities for the long haul. They see themselves as a partner in the charity's efforts to bring about change. Let the charities you support know about your commitment so they know they can rely on you.

Donate food and toys to your local animal shelter.

Volunteer with a local charity that you love! Make a plan to continue volunteering with them throughout the year.

Donate to charities without strings attached. Designated donations, while well intended, can serve as a roadblock in your favorite charity's quest to do good. Take the time to research a charity you can trust. Then, give an unrestricted gift so the charity has the flexibility to respond to changing demands for its services and to spend the money where it is most needed.

Check if your employer has a matching gift program. If they do, use it! It’ll double the donations your making to your favorite charities.

The average donation to a charity through Charity Navigator's Giving Basket is $125.64. Use the Giving Basket to support charities you love, including us, before midnight tonight so that you can take advantage of the tax benefits of giving. 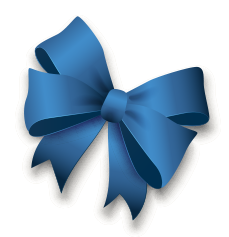