Charities Providing Aid to Those Affected By Earthquakes in Mexico 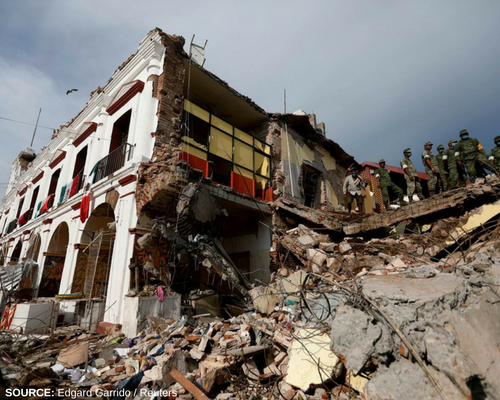 Charity Navigator has compiled a list of highly-rated organizations responding in the aftermath of the earthquakes and hurricane and providing assistance to the communities affected. Donors can designate their donations to the cause on the organization's website. All listed charities have made their designation policies available on their respective websites.

You can find more information about inclusion on this list by visiting our 'How Can My Charity Be Added To This List?' page.