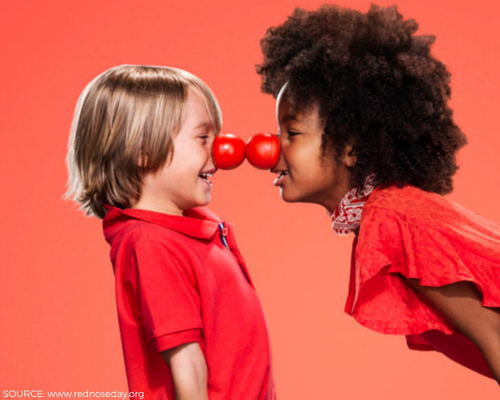 Child poverty affects more than 11.5 million children in the United States. And, according to estimates by UNICEF and the World Bank, more than 387 million children around the globe live in extreme poverty. Growing up in poverty can affect a child’s access to education, proper nutrition, and comprehensive healthcare. Luckily, organizations like Comic Relief Inc. are working to find solutions to this problem and end child poverty.

In May 2015, Comic Relief Inc. launched Red Nose Day to shine a light on child poverty. The event “brings people together to have fun, raise money, and change the lives of kids who need our help the most." Since then, the annual event has raised more than $100 million and aided more than 8 million children in the United States and 34 countries around the world.


On Thursday, May 24, NBC will host the fourth annual Red Nose Day Special, which will include appearances and performances by actors, comedians, and musicians, in an effort to bring awareness to child poverty and raise funds to make it a thing of the past.


Funds raised during the campaign will be used to help children living in poverty, in the United States and around the world, access better food, education, and healthcare. Comic Relief Inc. named eight charities that it will partner with to achieve this mission. Five of those organizations, listed here, are highly-rated by Charity Navigator. Click through to their rating pages to learn more about who they are and where they work.

Check out the Red Nose Day campaign website to make a gift and find fun ways to get involved and show your support. Inspire your friends and family to give too by sharing this page on Facebook and Twitter using the hashtags #RedNoseDay and #NosesOn.


And, don’t forget to tune into NBC on Thursday, May 24, for a night of memorable programming, including the annual Red Nose Day Special!