The following timeline recounts some of the pivotal moments in the development of America’s philanthropic sector.

The first account of a fundraising drive in America is organized by Harvard University. It raised 500 pounds.

In Democracy in America, Alexis de Tocqueville highlights the philanthropic spirit of Americans as one of the country’s strengths.

The Gospel of Wealth, an essay by Andrew Carnegie, is published. In it he argued that the rich had an obligation to distribute their wealth in their lifetimes for the betterment of society, rather than leaving it for their families to inherit.

The Russell Sage Foundation was established for "the improvement of social and living conditions in the United States." This is the first private family foundation.

Established by Frederick H. Goff, the Cleveland Foundation becomes the world's first community foundation. Goff’s concept was to create a “community trust” that would combine the resources of the community’s philanthropists and distributed the interest generated from their gifts for the benefit of the community.

Thanks to the Revenue Act of 1917, taxpayers can deduct their charitable contributions off their federal income taxes.

The Form 990, an informational tax return completed annually by nonprofits, was filed for the first time for tax years ending in 1941. The original 990 required nonprofits to answer several yes/no questions, provide an income statement and balance sheet. It was only two pages long.

Approximately 50,000 groups have obtained charity status from the IRS.

The General Electric Company is credited as being the first corporation to offer its employees a matching gift program.

Although giving in the Federal workplace goes as far back as the 1940s, it wasn’t until in 1961 that President John F. Kennedy authorized the creation of a formal fundraising program. Launched in 1964, the first Combined Federal Campaign (CFC) raised $12.9 million.

The Tax Reform Act of 1969 vastly changes tax-exempt law. For the first time, a distinction is made between public charities and private foundations allowing the government to subject private foundations to a payout rate and requiring them to pay an excise tax. The act also increased the deduction limit for charitable contributions to 50% of a taxpayer’s adjusted gross income and detailed limits for noncash gifts. This legislation also paved the way for advances in planned giving (including the creation of charitable remainder trusts, charitable lead trusts and pooled income funds).

Finding the law inconsistent with the First Amendment, the U.S. Supreme Court rules, in Village of Schaumburg v. Citizens for a Better Environment, against an Illinois law which attempted to mandate that charities spend a certain percentage of contributions on programs.

American Express launches a campaign to raise money for the renovation of the Statue of Liberty  thereby coining the term cause-related marketing (CRM). The endeavor raised $1.7 million and today CRM is commonplace strategy used by many businesses.

Nonitemizers can no longer claim a charitable deduction on tax returns.

Approximately 40,000 organizations apply for tax-exempt status this year. The number of charities has grown to nearly half a million (489,882).

Fidelity Investment’s Charitable Gift Fund is created enabling its customers to take advantage of the benefits of donor-advised funds. These funds, which have long been available through Community Foundations and Jewish Federations, allow donors to claim an income tax deduction for the year in which the gift to the donor-advised fund is made, even though the money may not be distributed to a charity (recommended by the donor) until sometime in the future.

Inspired by the yellow ribbons honoring military personnel serving in the Gulf war, the Visual AIDS Artists Caucus creates the red ribbon in 1991 as a symbol of compassion for those afflicted with AIDS. The first celebrity to wear the red ribbon publicly was Jeremy Irons at the Tony Awards.

New legislation requires charities to provide copies of their three most recently filed Forms 990 to anyone who makes a request in-person or in writing.

The American Red Cross raises $2.7 million online. This is the most amount of money that a charity has received in a year from online gifts.

Horrified and compassionate Americans subsequently donate $2.2 billion to various charities that had quickly set up 9/11-related funds. This is the most money ever raised in response to a single catastrophe. Under pressure from the media, politicians and donors, the majority of this money was spent within a year of the attacks.

The benefits of online giving, including convenience and timeliness, cause this form of giving to take off in the wake of the 9/11 attacks. In just two weeks following the attacks, online giving was responsible for $60 million in gifts to the American Red Cross.

The Supreme Court's ruling in Madigan v. Telemarketing Associates, allows states to take legal action against fundraisers that engage in deceptive practices. Now states can protect donors from aggressive fundraisers who lie about the intended use of donated funds. However, the outcome results in little real reform, as it does nothing to curtail the excessive fees telemarketers charge charities.

Millions of Americans opened their wallets and give a total of $1.54 billion to support relief causes in the wake of the disastrous tsunami in South Asia.

Hurricane Katrina devastates the gulf coast and philanthropists respond by giving $6.5 billion. The pace and level of giving was unprecedented, breaking all previous records of disaster-related giving.

According to the IRS, more than 1 million public charities and private foundations exist. With little to no barriers to entry, this represents a 63% increase in the number of 501 (c) (3) organizations since 1996. More than 80,000 organizations apply for 501 (c) (3) status this year alone.

Federal and postal employees, and military personnel give $271.6 million via the Combined Federal Campaign (CFC) despite concerns about the fund’s lack of oversight of participating charities.

Warren Buffett announces that he’ll give 85% of his fortune to charitable organizations. The world’s largest foundation, the Bill & Melinda Gates Foundation, is the major benefactor of Buffett’s giving. It anticipates receiving more than a billion dollars annually.

Charity Navigator partners with Network for Good to add the ability for donors to give through its website. Twenty thousand donors take advantage of this tool during the course of the year. They subsequently give more than $2.6 million to more than 2,200 of the charities rated by Charity Navigator. 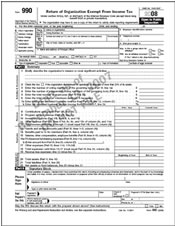 The IRS releases the newly designed Form 990 which charities will begin completing in 2009 based on their financial operations in 2008. The new Form 990 consists of an 11-page core form and another 16 schedules (which may or may not be completed depending on the nonprofit’s activities). This is the first major redesign of the document since 1979.

Charity Navigator begins to make plans to use the additional data provided in the new Form 990 to expand its rating system.

With evaluations of over five thousand charities, Charity Navigator is the nation's largest and most-utilized evaluator of charities.

For the first time, a charity is placed on Charity Navigator's Donor Advisory list.

Haiti is hit by a 7.0 earthquake. In total, Americans donate more than $1.4 billion to Haiti earthquake relief and recovery.

Early in March 2012, the charity, Invisible Children, released a video called Kony 2012. The video’s tremendous popularity brought the charity a mixed bag of praise and scrutiny. It also drove more than 284,000 visits to the Charity Navigator website in just one day as people wanted to learn more about the charity behind the video.

The first charity is added to the new Charity Navigator Watchlist. 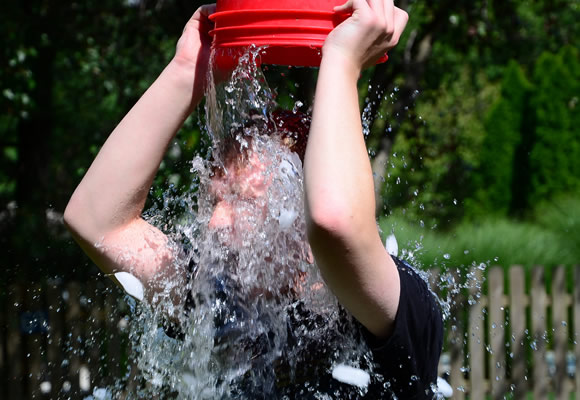 The social media phenomenon, known as the Ice Bucket Challenge, takes off increasing the public's awareness of ALS and generating a slew of donations. At the peak of the campaign, Charity Navigator records nearly 90,000 visits to its site in a single day as challenge participants' research which specific ALS charity they want to support. 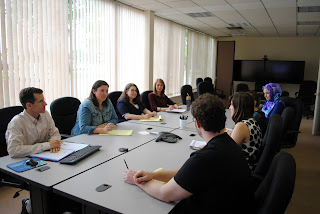 Charity Navigator's team of analysts complete 1,192 charity rating updates --- a new all-time record for the most updates completed in a single month!

After collecting Results Reporting data from over 3,000 charities, Charity Navigator stops the collection of additional data to conduct a thorough analysis of the dataset and the collection process in order to determine how best to proceed with the eventual rating of this data. During the temporary pause in collecting Results Reporting data, Charity Navigator will finalize its plans for revising and enhancing its original financial rating metrics. 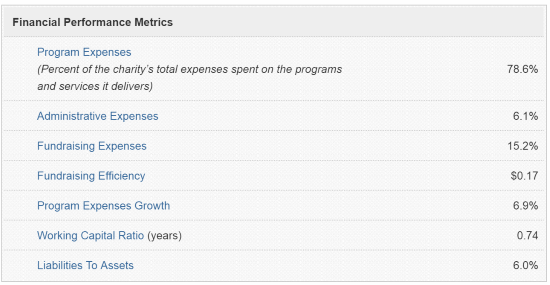 On June 1st, 2016, CN launched its enhanced Financial Health rating methodology. This change came about after years of research and feedback collection from charities, independent advisors, and our own internal data collection. CN 2.1 better captures an organization’s long-term capacity and health by allowing for higher scores in program expense, removing the volatile primary revenue growth metric, including three-year averaging for non-capacity metrics, and introducing a new capacity metric, Liabilities to Assets Ratio (compare the new Financial Health rating metrics to the prior metrics). 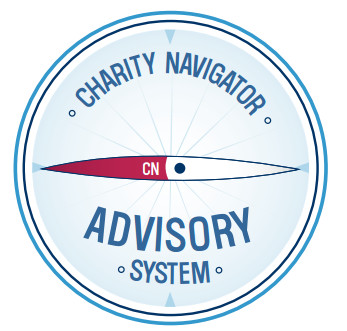 Charity Navigator launched a new CN Advisory System, designed to protect donors from charity scams and alleged misconduct by providing unbiased and objective information that ensures donors are informed, in a timely manner, of information that may influence their giving decisions. The new CN Advisory System classifies alleged wrongdoing at charitable organizations into three levels of concern: Low, Moderate and High.