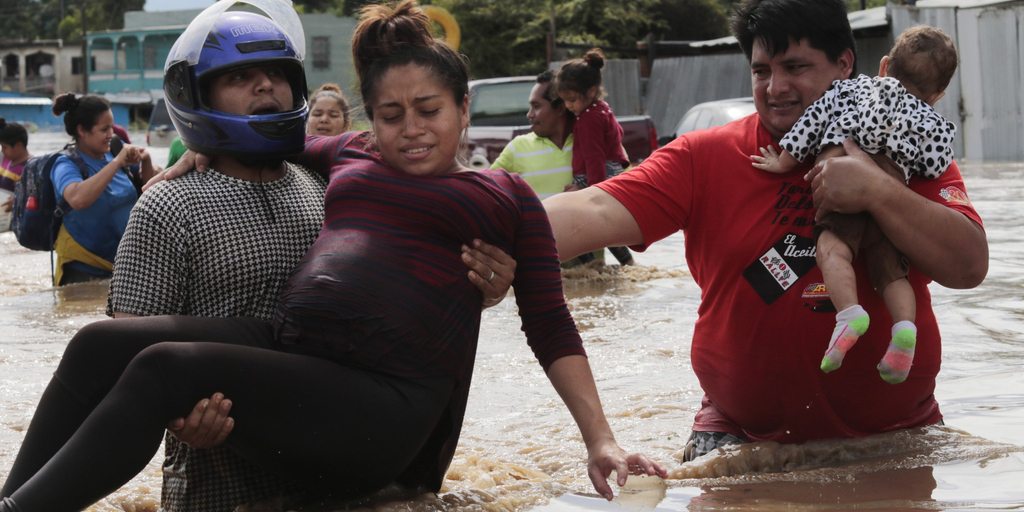 Special Note:  On the night of November 16, Hurricane Iota, which later was downgraded to a tropical storm, made landfall in northeastern Nicaragua. Iota was the second hurricane to hit Central America in recent days. Hundreds of families have been evacuated along coastal towns. Iota struck Nicaragua approximately 15 miles from where Eta made landfall. The countries most affected by this latest storm are Guatemala, Honduras, and Nicaragua.
Amid what is being recognized as the most active hurricane season yet, Hurricane/Tropical Storm Eta has made landfall three separate times, leaving devastation in its wake. Eta reached the upper Florida Keys late Sunday evening and has since moved into the Gulf of Mexico. Torrential downpours blanketed southern Florida and, as of Monday, November 9, 13,000 people were reported without electricity, schools were closed, and bridges and roads were impassable due to extreme flooding.
Before reaching the U.S. coast as a tropical storm, Eta made landfall in Cuba on Sunday morning and Central America late last week as a Category 4 hurricane. Guatemala and Honduras were the hardest hit with Eta leaving a trail of death and destruction. On November 9, it was reported that over 130 people had lost their lives in Central America. According to the Honduras Permanent Contingency Commission, more than 60,000 people have been evacuated from their homes, and in Guatemala, many inhabitants in the village of Quejá remain missing due to a landslide.
The highly-rated organizations included on this page have been vetted by Charity Navigator analysts as providing relief and support to those affected by the disaster with dedicated funds. Charity Navigator will continuously update this resource as other nonprofits providing direct relief are approved.
To nonprofits: If you are a 3- or 4-Star rated charity providing essential services or financial support to those affected by Hurricane/Tropical Storms Eta and Iota, please complete the survey linked here for your organization to be reviewed for this list.
Share