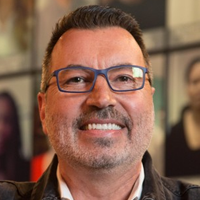 Matt joined The Inception Company in September 2017, bringing a wealth of experience and energy to the organization. For the past 17 years, Matt served as CEO of Ogilvy CommonHealth Worldwide, one of the largest healthcare communications agencies in the world. During this time he helped turn the agency from a collection of US-only based affiliates to a collaborative global suite of contemporary agency offerings, including professional & consumer advertising and promotion, medical education, digital innovation & ecosystem management, media planning & buying, payer marketing and market research & analytics.

Prior to his collective 25 year run at Ogilvy CommonHealth, Matt started his career as a traffic manager at Dugan/Farley Communications, a mid-sized independent agency in northern NJ. He was later pegged to become one of the founding members of a contract sales organization called Parallax/PDI, which went on to become a successful, publicly traded company.

Matt and his wife, Colleen, live in Franklin Lakes, NJ where they have raised three strong, smart and beautiful daughters, as well as (currently) two not-so-smart Labrador retrievers. Matt is a passionate volunteer and a founding board member and current chairman of Charity Navigator — the most trusted charity evaluation resource in the US. He's into fly fishing, skiing and when prodded with enough alcohol, acoustic guitar and vocals.